Responsible Roadway Legislation CS/SB 54 and what it means to you as a resident and a driver on Florida Roadways.

After many years of fighting for the people of the State of Florida, the Florida Justice Association, which represents ‘consumers’ (or what we like to call everyday people) has been able to champion the Florida Responsible Roadway Legislation which repeals the old 1971 No Fault Statute which provided PIP (Personal Injury Benefits) to drivers and has enacted mandatory Bodily Injury Coverage on all policies moving forward.

Prior to this Historic Legislation. Florida was only a handful of states that still had PIP/No Fault Coverage for their residents. The new legislation has repealed the PIP benefits and now requires all drivers to have a minimum of $25,000.00 in Liability Coverage.

What does this mean? How does effect Florida Drivers? And who are the Winners and Losers as it concerns this drastic shift in our Auto Liability Law in Florida.

Historically, or since 1971, Florida has had PIP coverage and did not require Mandatory Bodily Injury Coverage. PIP or No Fault Coverage, has been mandatory on all auto polices which provides up to $10,000 in PIP coverage for Medical Bills regardless of Fault for an injured driver. But PIP only paid 80%, so on a small accident that required minimal treatment with no permanent injury, an injured driver would only be afforded his own PIP coverage and had to deal with a 20% gap in his bills he or she would still be required to pay out of pocket. And with out a permanent injury, a claimant could not make a claim for damages against the at fault driver for his loss.

The other issue with PIP coverage, the at fault insurer, enjoyed an offset for those benefits that were provided to the injured (the not at fault driver) which made making a recovery on smaller claims very difficult and not a benefit to injured driver through no fault of his own due to the $10,000 offset on all our settlement offers.

So under the old law, a driver would have to purchase optional Uninsured Motorist Coverage to protect themselves against an uninsured driver, or a driver with out Bodily Injury Coverage on their policy. The new law protects the innocent because now the at fault driver must carry a minimum of $25,000.00 in Mandatory BI Coverage to the benefit of the people they injure.

So the question remains, if the new Law requires people to be responsible for their own actions by providing Bodily Injury coverage for those people injured through no fault of their own, who loses in under the new law?
Hospitals, Urgent Care clinics and some treating physicians, such as Chiropractors and Physical Therapists. PIP was not a secret and it would be common to present to an ER after a minor accident only to have the ER conduct 3 CT scans at $3500/ a piece, drain all of your PIP benefits and then release you to find a treating physician of your choice if symptoms remained, only now you have no remaining benefits to pay for treatment, leaving yourself with a big lien when you settle your claim.

Under the new law, what I suspect we will see, is Hospital treatment and charges coming down and becoming reasonable with only necessary expensive diagnostics being done rather than a cafeteria of diagnostic options being given knowing PIP will pay for all of it. Hospitals will do what is necessary now as they will want to recoup their billing and treating physicians will treat on protocols that don’t include 5 days a week to see how quickly they can run through your PIP.

When everyone is working off an LOP (letter of protection) we will see more reasonable treatment, billing and our client’s settlement recoveries will go up. This new legislation helps the residents of Florida and requires everyone to be responsible for their own negligent actions on the roadway, the way it should be. The hospitals may have to adjust how they treat and bill accident victims but ultimately this Bill will help all people involved in an accident and the increase in premiums for having mandatory BI coverage will be offset by not having to purchase the expensive PIP coverage. Any readers that have questions on this blog please don’t hesitate to message me and I will be happy to respond. 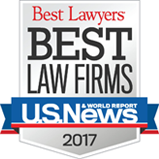